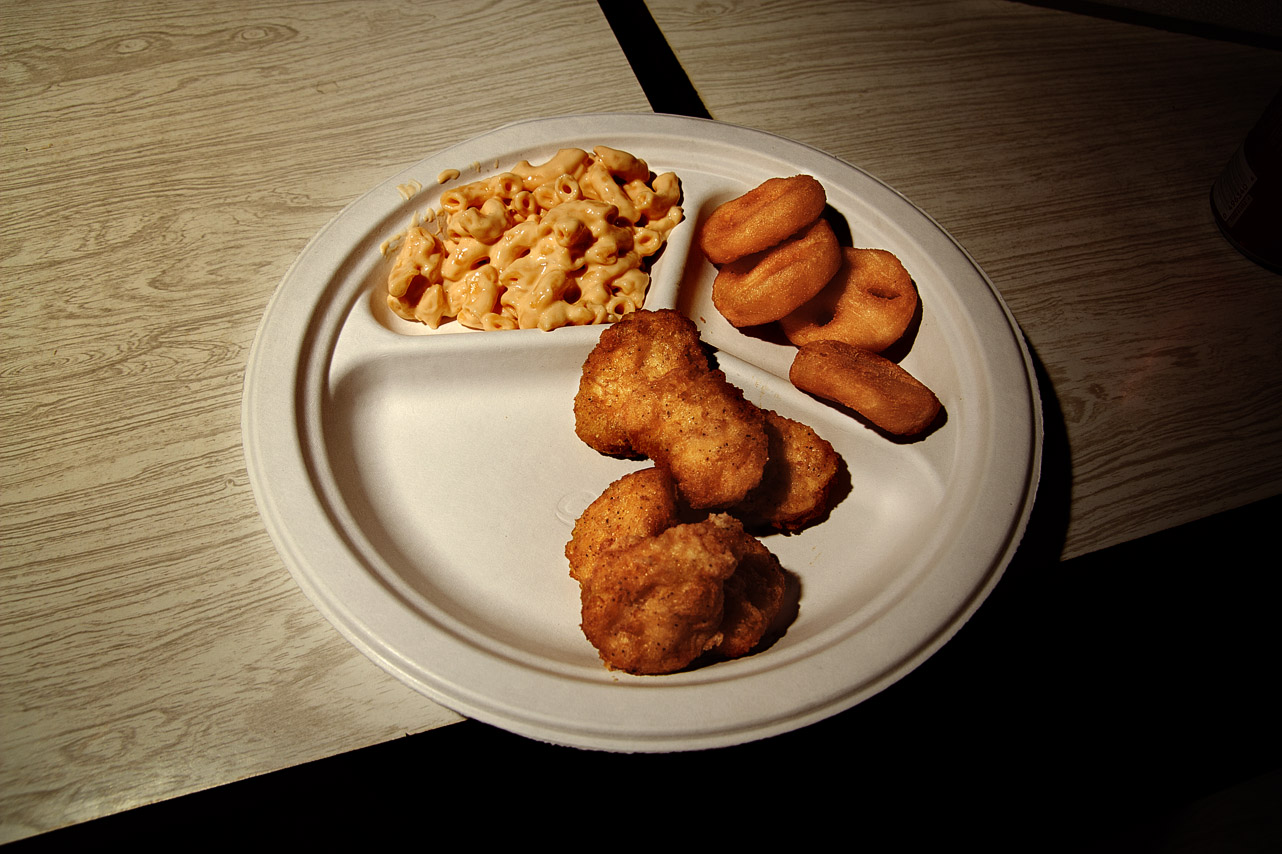 Once the clothes and shoes had been set up, the families were allowed in to the gymnasium and directed to sit on the bleachers. Â They had to watch a clown show before they could receive the supplies for their children. Â The clown’s ministry consisted mostly of store-bought magic tricks . Â  The message was, “If you pray with enough sincerity, God will give you stuff.” Â The kids were mostly baffled by the whole thing. So was I. Some enjoy the show. Â Many do not. Finally, the clown show sort of petered out when the kids became too bored and restless. So, we start handing out the clothes and shoes. Â There are generations in this area who have lived off of charity and government assistance. I imagine that this will not be the last generation to do so. This woman came here with three or four or five grandchildren. Â She was very, Â very happy to be there, sometimes visibly trembling with excitement. She thanked us profusely and make a point of shaking hands with each of us. A volunteer had to contend with a few mothers that tried to go through the line twice or pick up clothing for children that were not present. Â  She was a very sweet, hard-working woman but, man, don’t piss her off. One of the best things on the whole trip was this woman’s smile. The school also offered a free lunch that day. Â That is macaroni and cheese, little fried potato puffs shaped like smiley-faces and bits of breaded, fried chicken. Â The potatoes had some chemical in them that burned my mouth and throat. Â The chicken was Â salty and greasy beyond anything I had ever eaten. Â No wonder these people are always sick and hungry. Â Their food contains no food. Our job done, the clowns leave. Â We leave. The school stays, leaning against a mountain.

I’ve not mentioned the charity or school, although you could figure it out if you wanted to, I suppose.