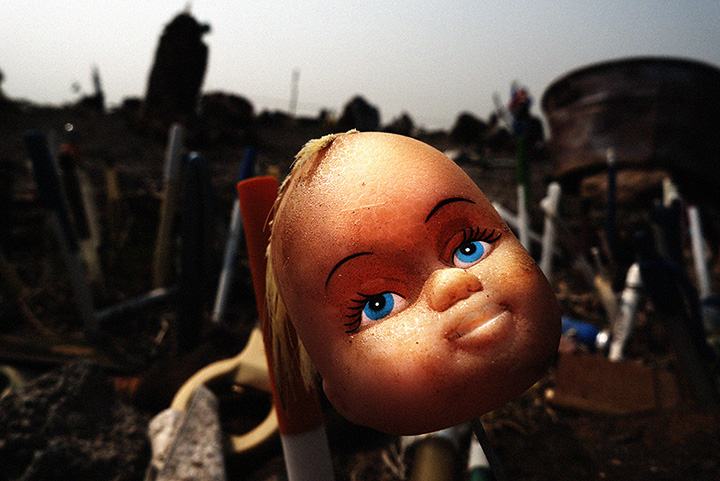 Lt. Kitty awoke from his nap and realized that he would have to cut a hole in the back of his new fatigues to allow room for his silky, fluffy tail.Â  Other than that, the battle was going pretty well as far as he could tell.

Most of the kittens had abandoned their stations and left guns, ammo belts and scoot-toys scattered all the way from the bedroom to the dining-room table where a vicious one-on-one skirmish was well underway.Â  Lt. Kitty wanted to aid his brave comrades as they pounced and slashed at everything from shoelaces to lizards.Â  This would normally please him but he was pissy for some reason and nothing seemed to satisfy him.Â  He batted absently at his sparkle-ball and then suddenly stared intensely at nothing in particular for about twenty seconds.Â  Maybe food was what he wanted, he wondered as he stretched his front paws out in front him and jiggled his ass high up in the air.Â  Getting past the food-bowl defenses would be easier said than done but he was pretty sure he smelled “Turkee LivRÂ  & Salmon Delight.”Â  His favorite.Â  For now.

Relying on purely instinct, for he seemed un-trainable, Lt. Kitty lobbed a grenade over the coffee table, which disintegrated in a riot of wood, fur and bone.Â  He charged through the bloody meleÃ© hissing like a ruptured bus tire.Â  But he somehow forgot that the kitchen tile was very slippery and his paws windmilled uselessly against the polished Mexican terrazzo as he skiddedÂ  into the refrigerator.Â  It was going to be one of those days, he thought.

NOTE: These photos were taken in The Las Vegas/McCarran Airport, Tucumcari, New Mexico, “The Vortex” in Colorado, The Bellagio Hotel & Casino in Las Vegas and The Peppermill restaurant in Las Vegas and an abandoned church near (possibly) Salida, Colorado.