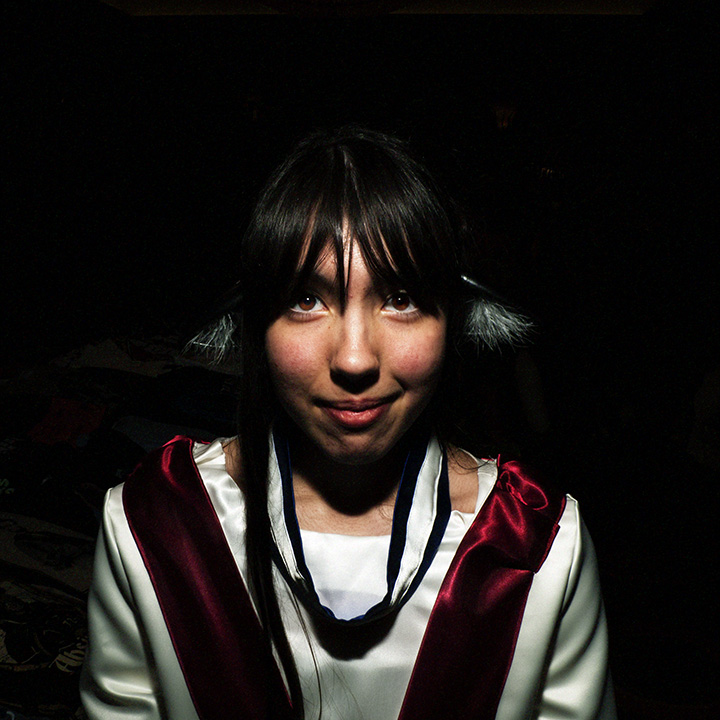 My wife does voices for cartoons, the Japanese kind with a lot of yelling and weirdly sexualized kids and robots.  She’s been doing this for about ten years, maybe longer.  Some of the cartoons are good.  A few border on excellent.  Most of them are not good at all and border on unwatchable. But the cartoons don’t need to be good because kids watch them are kids are mostly stupid. This is the opinion of a 47-year-old man but I’m willing to stick by this, at least when it comes to cartoons.  And music.

A few times a year my wife is invited to  anime conventions to talk with fans, sign autographs, pose for pictures and just generally nerd it up.  Average main-population kids like  some anime, this I know.  But the kids that come to the conventions are definitely more committed.  And some of them are really, really committed. I mean committed to the exclusion of being able to interact successfully with average earth-humans.  I admire this.  For the most part I don’t like being around people. Whether they mean to be or not, I find most people frightening and incomprehensible.  I don’t know what they want. They seem mostly unhappy and that makes me feel sad and helpless.  So there’s that, I guess.

One of the primary reasons kids go to these conventions is to dress as their anime alter-egos and then to take pictures of each other as these modified persona.  Sometimes it’s nearly impossible to get through the  hotel/convention hall because there are so many people stopping to pose for pictures. Some conventions have banned this and ask that picture-taking be restricted to certain areas.

The act of wearing a costume  for no other reason than the desire to do so, as these fans do, it’s fascinating to me. I admire the commitment, the passion and the creativity.  Some costumes are quite elaborate.  But it’s not for me.  The last time I wore a costume was Halloween 1982.  I wore a Devo suit to a college party where I got a very enthusiastic handy-dandy from Gigi Perrault.  Thanks, Gigi. Thanks, Devo.

Costumes bother me tremendously, though,  because rather than bestowing upon the wearer the qualities of the costume, the shortcomings are glaringly emphasized.  The cape is not a cape and it won’t snap and flutter in flight over Metropolis.  The muscles are foam padding and are becoming damp and stinky with Pepsi-sweat. You are earthbound, less-than-Superman.  The heroic swords are rubber and the silver paint is flaking off, the duct-tape handle is peeling.    The faery is eating a personal pan pizza from the  snack bar.

So many of the kids at these conventions are basically alone.  They are the pimply, awkward pariahs from whatever  middle-school gulag they are forced to endure.  I see the same kids  at the conventions, just shuffling around hour after hour  doing I-don’t-know-what all day and night. Maybe it’s nice  to take a break from being shoved into a locker. Maybe it’s nice to be in your tribe.

And maybe sometimes it’s good pretending to be this other thing.  It’s practice. Most of these anime characters do good things, which is generally not asked of children.  Children are mostly required to comply, conform and affirm authority.  Being a kid mostly sucks and taking a break from uncertainty, homework and bullies is pretty nice.  A kid may not know who they are yet but their character sure as hell does.

I took these pictures at a convention last year.  It’s a difficult thing to do because it’s pretty crowded.  Getting someone’s permission to photograph them is easy. Just ask.  I’ve never had anyone say no. Usually, though, the moment a camera is aimed they will strike the  pose that is associated with that character.  So I have to say, “No, you don’t have to do that.  I just want a picture of you.” Girls get this right away and boys almost never do, which is why I have so few pictures of boys.  They want to hang on. Stranger still, boys don’t want to look at the camera.  They look away, almost in shame.