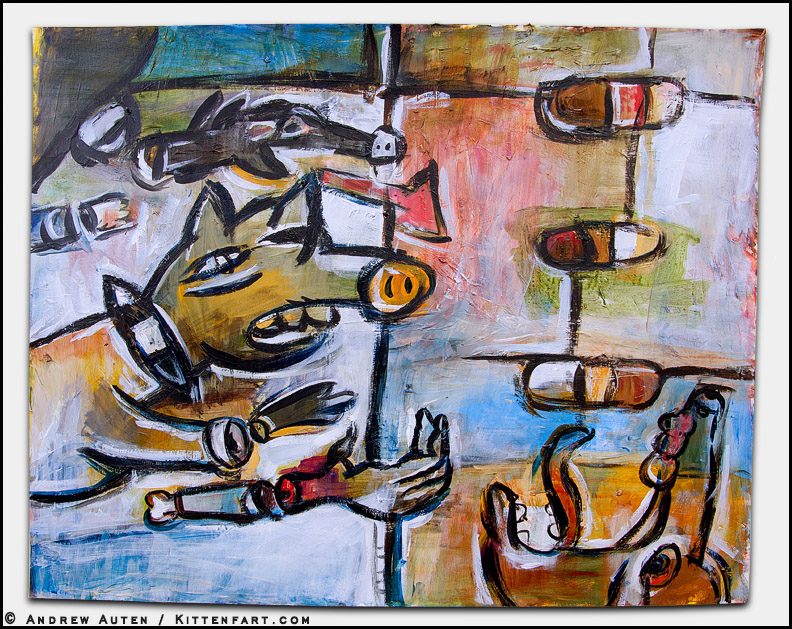 i’m going to think of your twat

old, yeah?
given a bit of time
the battlefield would run red
as soldiers leak out and wail into the daylight:

As I remember it, police sat in my house talking on radios and harrowing the kids for nearly five hours.  The kids, Max and Kenton, say they don’t remember anything.  Max, sure.  He was two or three.

But Kenton.  All lies.

She was twelve, maybe thirteen.   And smart.

Kenton sailed through TV quiz shows, her brown hair down as cash and prize victories flowed around her sweet ears, a small hick.  She would not gaze into camera-eyes, as TV producers ripped at their sleeves and cuffs, making up so many new curses to cover the TV gods, small gods, and sub-gods of an electric heaven.   His feet stand on smaller plots of dirt, big girls with big glasses, financed degrees and Brooklyn mailboxes jeer, “Yeah, we would do way, way better so, fuck you.  We are superior, for some reason.”

“We’ve done nothing but we can, somehow, do better.”

And Kenton, a kid, slips inside the skin of   some energetic thing  that wallows in dollars or guessing about the next day of a television schedule. TV shows, maybe, and local meteorologists, maybe. Some fighting hands or fighting legs or fighting feet or any other limbs that fight. ”  Kenton never saw an agenda because she sits alone, sometimes.

this is all you need to know about animals

i think about your arched back
joking, you say
on a beach
resort