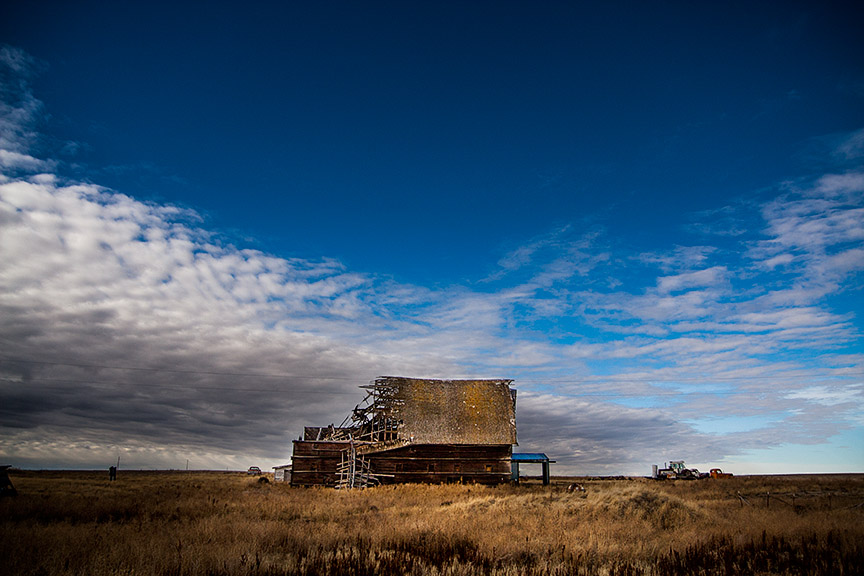 The steering wheel began shaking and I knew the old bastard had cheated me. He said the tires were new but being a little high and a lot lazy I had not bothered to verify his claim. His breath smelled like cigarettes and rotten gumline so I was in a huge hurry to give him the cash (all stolen, by the way) and get on the road.

Two tires let go at once.

The Good Woman was sleeping in the makeshift bedroom I had set up over the axle-hump. We made a passable futon out of thrift sleeping bags and the unexpected gift of a bale of nurses uniforms we found in a dumpster near the X-rated gas station in Armagosa Valley.

I tried to lift the whole box at once but I lost my nerve when a bum who had been sleeping in the rest room began yelling at me.

At first, I saw nothing of him put a few poo-smeared fingers that probed the edges of the restroom door. By that I mean the door of the restroom stall where each toilet is kept separated from other toilets. Or maybe the door to the restroom as a room itself. I can’t judge distances well.

The bum was too hungry and weak to get in my face and I had just swallowed a handfull of allergy pills I found on the ground so everything looked glassy and fake.

Honestly, I wanted the hobo to get mayhem started so I could see if he would fall down when i punched him on his head. Previously, I’d done some research on this subject and I was betting he would. But a busload of German tourists showed up and he hopped around and began pretending to tapdance for them, which cause the square-headed blondies to remark,”Er kann tanzen, aber er Penis kein Zweifel, ist winzig. Er schluckt illegalen Drogen!” (“He’s a decent enough dancer but I wouldn’t fuck him because drugs have shrunk his penis so small I would not feel a thing, probably.” – not an accurate translation, by the way but I got the gist of it because of the movie classic “Stalag 17”,which I had just seen ten years earlier).

The AAA sent out a massive truck that could tow motorhomes. So, realizing that we would not be driving, The Good Woman broke out the thai stick we traded for a palm-reading at the Denny’s in Roswell. That turned out to be a huge mistake because the weed wasn’t laced with real opium but rather cinnamon oil. Our eyes burned and I ended up vomiting on the floor-mats of the gargantuan tow truck as we thudded towards Pahrump, NV

The Good Woman wiped her mouth on my hoodie and said, “If I were a better palmist, we’d be looking at the Bellagio fountain right now.”

I wasn”t about to start criticizing her supernatural abilities right now.

The thai weed was very potent and the cinnamon oil, when smoked, made my teeth so strong I felt as if I could bite a cow on his arm. That’s probably something I could do in Vegas. I knew you could shoot a machine gun at a flaming school bus in Las Vegas (if you had the money), so biting a cow would be child’s play. This turned out to be not true.

The drive was long on account of the fact that the driver was stubborn and would not consult a map. It wasn’t until we were in Flagstaff Arizona that I felt it was appropriate to point out that not only were there no neon casinos but cop cars clearly said “Flagstaff” on the doors and also we were in Flagstaff.

The driver laughed and so did we but I’d be willing to bet none of us found it actually funny. He was embarrassed and The Good Woman and I were coming down off that cinnamon oil. I’d really like to get back to Roswell and get some more of this thai stick, though. My breath is so fresh.

In Vegas, we met with the manager of a national tire store chain, a sturdy woman from Indianapolis who wanted to be called “Mis Piggy” even though her name tag said her name was Louise Cow. Nothing wrong with that, I say. Call yourself whatever you want. I knew a guy that called himself Danny Thundercock even though is name was really Barry Thundercock.

It turned out that our tires would not be available for a few weeks and we’d have to live at the tire store, at least part-time until out highly-specialized motorhome tires arrived. We could deal with that. The Good Woman knew a lot about cash registers and I was more that willing to strap on a black neck – tie and sell tires. I’d say things like:

It didn’t matter, really.The tire store was awash in “good energy,” as The Good Woman put it. She was a scientist, a humanist, an atheist. But she also believed in some airy-fairly bullshit that made me cringe.

We’d make out like bandits until our RV tired arrived. But after a few days, we discovered we like the tire store and I secretly canceled our special tire order. Each time The Good Woman would ask me about it I would pretend not to hear her and feign a fainting spell. She knew I was faking but played along.

Things were finally going our way and neither one of us wanted to mess that up.