Rollergirls 06 – Track Of The Moonlight Rollergirl 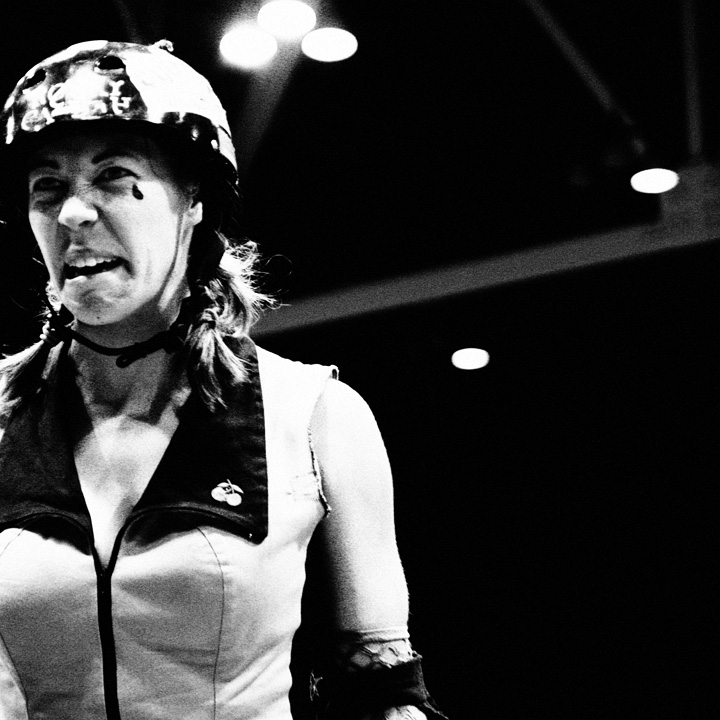 Two wheels and two more wheel means four wheels.  DeeDee Anne knows this so she doesn’t ask anyone although if she did she would pretend to not know the answer, instead allowing the person she asked to come to the proper conclusion on their own.  That way, she could praise them lavishly and draw closer together their spirits in an embrace of equanimity. Good relationships can begin this way.  Established relationships can be strengthened this way.  Damaged relationships can be repaired this way. It won’t work, though, if the premise is dishonest.  It can do more harm than good, which is why she didn’t ask anyone what is meant by “two wheels and two more wheels”.  It means four wheels and DeeDee Anne already knows this.

Still, there was nothing else she could think of to talk about.  All the people she hated were dead, or would be dead soon.  She was familiar with the practice of talking to the dead and had even tried it a few times and found it not to her liking.  Talking to the dead whom she already hated would probably only make the practice even less to her liking so she decided not to do it.  And she didn’t do it.